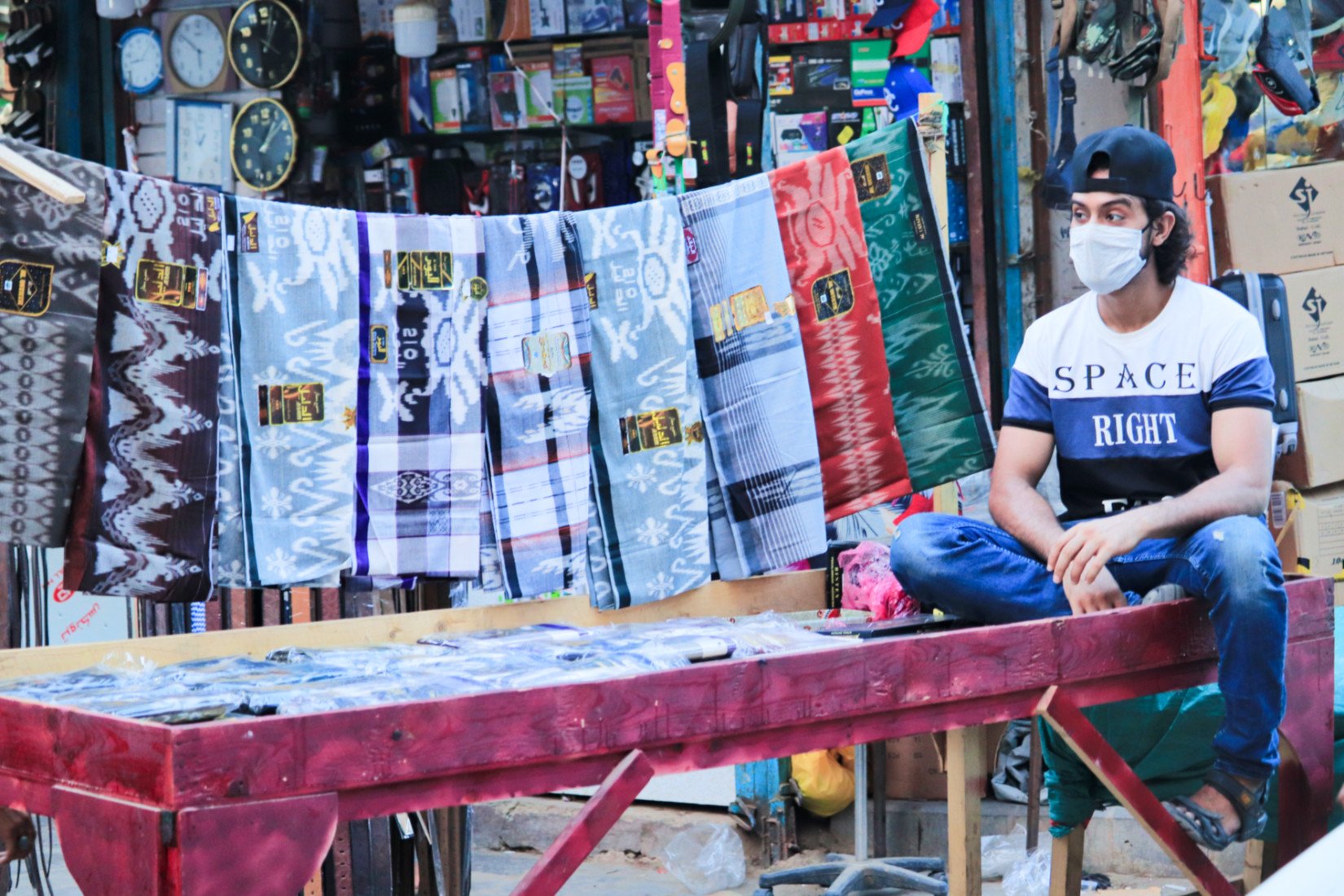 A vendor wears a face mask while waiting for customers at Al-Taweel market in Crater, Aden, on May 2020 ,23. // Sana'a Center photo by Ahmed Al-Shutiri
October 12, 2020 Less than a minute Download the full paper

Since early 2015, when the onset of war led to the cessation of large-scale oil exports, Yemen has been almost completely dependent on three main external sources to secure foreign currency inflows and stimulate economic activity: foreign humanitarian aid, Saudi financial support to the Yemeni government, and – by far the most significant – remittances from Yemeni expatriates, most working in Saudi Arabia. All three of these foreign currency sources have dramatically declined in 2020.

The Saudi response to the COVID-19 global pandemic, in concert with record low oil prices, led to historic economic contractions and spending cuts in the kingdom, in turn undermining the ability of hundreds of thousands of Yemenis to work there and send money home. This occurred alongside a steep decline in international donor funding for the Yemen relief effort and the Central Bank of Yemen in Aden effectively exhausting the US$2 billion Saudi deposit it received in 2018.

Roughly half the population in Yemen was already food insecure before the onset of the current armed conflict. The general economic collapse the war precipitated led to millions more requiring emergency food assistance to survive. The current acute shortage of foreign currency sources has profound implications for the value of Yemen’s domestic currency, and the country’s ability to finance fuel and basic commodity imports, and is likely to lead to the rapid intensification of the humanitarian crisis.

This paper presents policy recommendations to address this situation for the United Nations and other international stakeholders, Saudi Arabia and other Gulf states, as well as the internationally recognized Yemeni government and the de facto authorities in Sana’a (the armed Houthi movement, Ansar Allah).

September 30, 2021 White Papers
In July 2018, the Rethinking Yemen’s Economy initiative published a White paper that explored how the collapse of Yemen’s economy and the fragmentation of central government institutions during the war affected local councils. This new White Paper builds on those findings by examining how local governance has evolved in the intervening years, with a focus on the relationship between local…
Read more...

May 25, 2021 White Papers
Electricity is the backbone of any economy and one of the necessities of modern life. Poor electricity services in Yemen, even before the war, have been one of the key barriers to sustainable economic development and basic service provision (e.g., water supply, health care, education). This paper aims to lay out the top priorities for restoring electricity sector services and reforming the…
Read more...