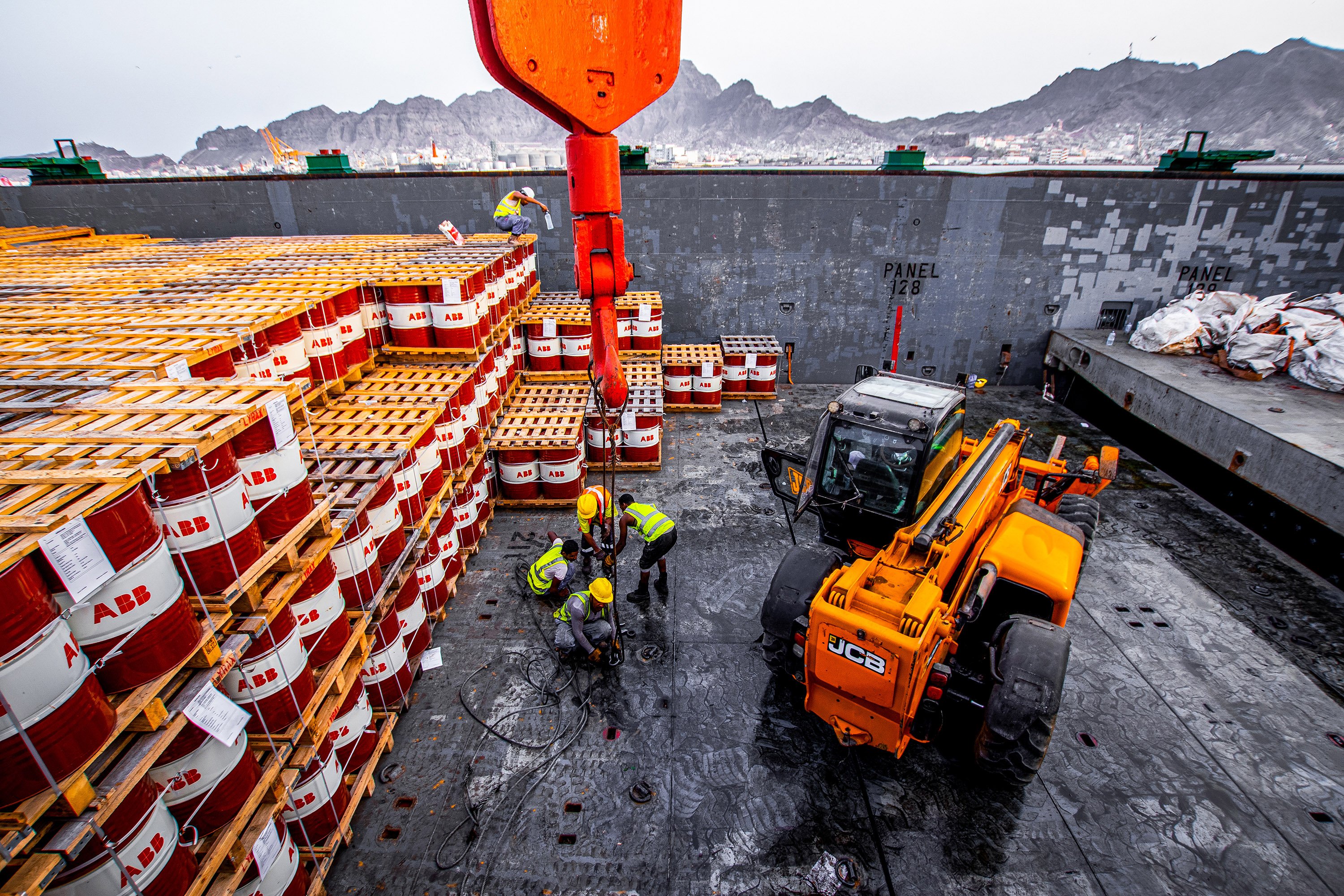 For decades prior to the ongoing conflict, Yemen had been vulnerable to recurring budget deficits due to a lack of meaningful fiscal reform, high recurrent expenditures – mainly public sector salaries and fuel subsidies – and an overdependence on oil revenues. While foreign debt obligations remained low, the debt market was poorly diversified, with treasury bill holders narrowly concentrated within the banking sector and government bonds held almost exclusively by public pension funds.
The escalation of the ongoing conflict in 2015 has had a profoundly negative impact on Yemen’s debt position. Large-scale oil exports ceased, leading to a collapse in public revenues, while banks and pension funds stopped purchasing government debt instruments. Management of the public debt became bifurcated between rival central bank administrations in Aden and Sana’a, both of which suspended payments on foreign and domestic debt obligations. Unable to receive interest payments, public debt holders faced a liquidity crisis, leaving banks unable to honor customer obligations and threatening their solvency, while pension funds have struggled to support retirees.
On January 25-27, 2021, senior Yemeni experts and professionals convened virtually for the 7th Development Champions Forum (DCF), as part of the Rethinking Yemen’s Economy initiative, to discuss the evolution and structure of Yemen’s public debt, the dynamics during the conflict that have led to its colossal expansion, and the macroeconomic risks it poses. This was followed a week later with a briefing for international stakeholders on February 2. These discussions formed the basis for the research presented in this paper and its recommendations for addressing Yemen’s public debt crisis.

March 7, 2022 White Papers
This paper examines the existing regulations surrounding the use of e-money in Yemen, its attempts to adopt e-money services both before and during the conflict, the major players and state of infrastructure in the sector, and the challenges and prospects facing greater adoption of electronic currency in the country.
Read more...

Local Governance in Yemen Amid Conflict and Instability

July 29, 2018 White Papers
Local councils are among Yemen’s most important state institutions. Responsible for providing basic public services to millions of Yemenis, local councils represent official governance and the Yemeni state for vast swathes of the population. The intensification of the Yemen conflict since March 2015 has undermined the councils’ ability to operate effectively in most areas of the country.…
Read more...