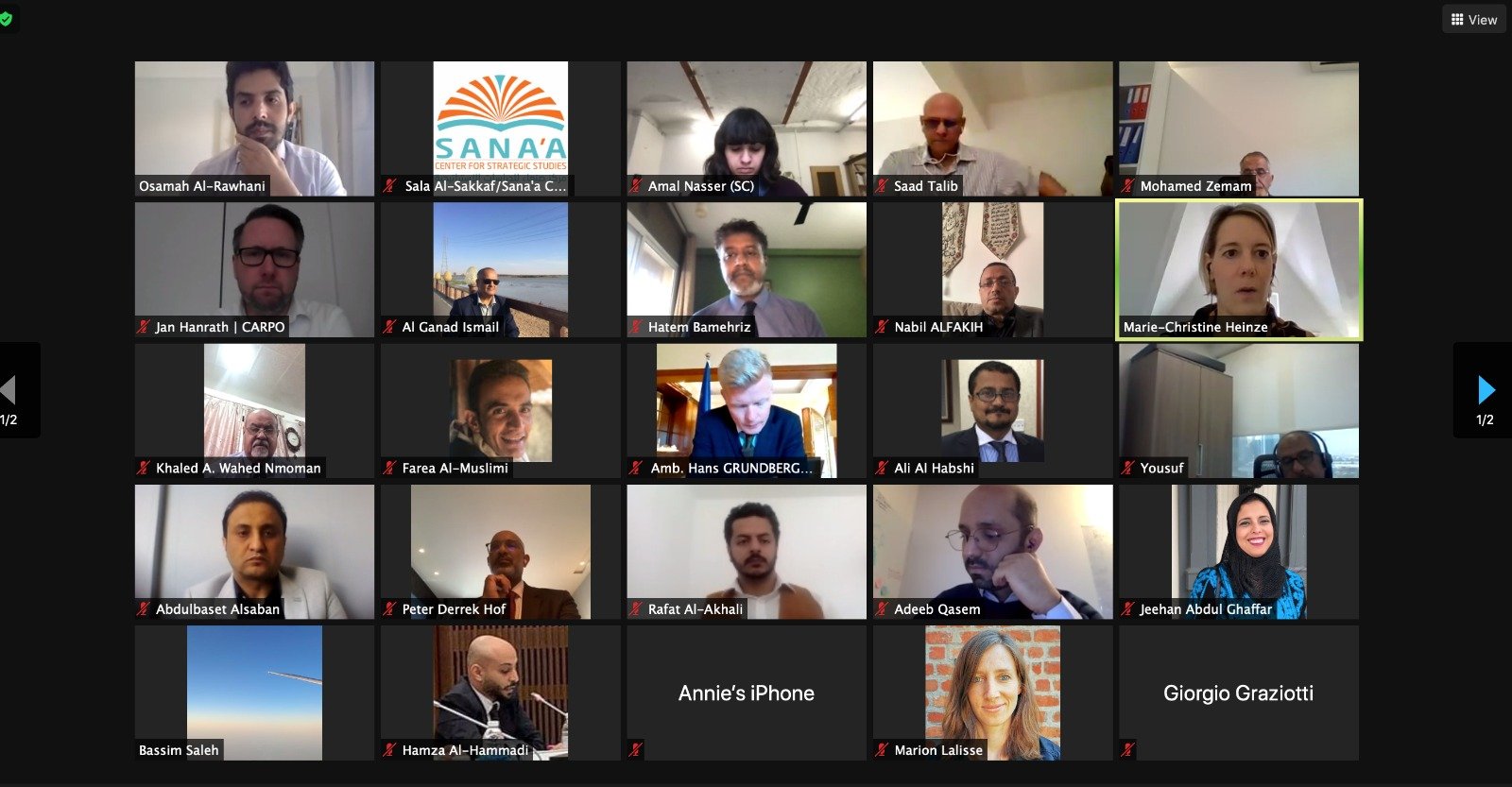 The meeting, which was inaugurated by the European Union Ambassador to Yemen, Hans Grundberg, and the Dutch Ambassador, Peter Derek Hof, focused on the topics of public debt, the local economic and business environment, and means of improving productivity.

The Development Champions Forum, which brings together Yemeni economists, businessmen and former government officials, is part of the Rethinking Yemen’s Economy initiative, organized by the Sana'a Center for Strategic Studies, DeepRoot and the Center for Applied Research in Partnership with the East (CARPO), with the support of the European Union Mission and the Embassy of the Netherlands in Yemen.

The meeting is intended to discuss and formulate economic and development recommendations to the Yemeni government, local authorities, donors and other actors.

As an outcome of the DCF7, policy briefs will be produced that will offer stakeholders guidance in approaching the issues of Yemen’s public debt, the country’s local business environment, and a more extensive white paper will be produced related to local governance in Yemen.